Like I wrote in my previous blog I was looking to upgrade my homelab. In my search for new hardware I came across the Intel NUC, Supermicro and Shuttle. The latter being the one I was planning to buy… until I stumbled upon the Eglobal/Hystou S210. I saw some reviews online and it seemed like a pretty decent mini PC. The specs are good enough for me. It supports the 8th, 9th and 10th Intel CPU’s. The mini PC supports up to 64GB DDR4 memory, 1x 2,5” SATA, 2x M.2 2280 NVME, 1 HDMI 4K as well as DP. Dual Intel Gigabit NICs and more (see the pictures below). On the hardware side its good. But what about the price? Well the S210 with the Intel Xeon E-2186M and 64GB DDR4 will cost you around USD700(!). Now that’s cheap. But its still a gamble for a device I haven’t physically touched or found anything online about running VMware. I decided to place the order for 1 S210. About 7 days later DHL delivered the mini PC. I was all pleased with the fast shipment but even more when I took the mini PC out of its box. Solid brushed aluminum was shining my way. The mini PC felt heavy enough to know it has been properly designed. That’s one damn sexy mini pc! 😀 Internally everything looks nice and tidy. No lose cables or anything. No sloppy soldering. Just perfect! It didn’t took long before I placed two more orders. 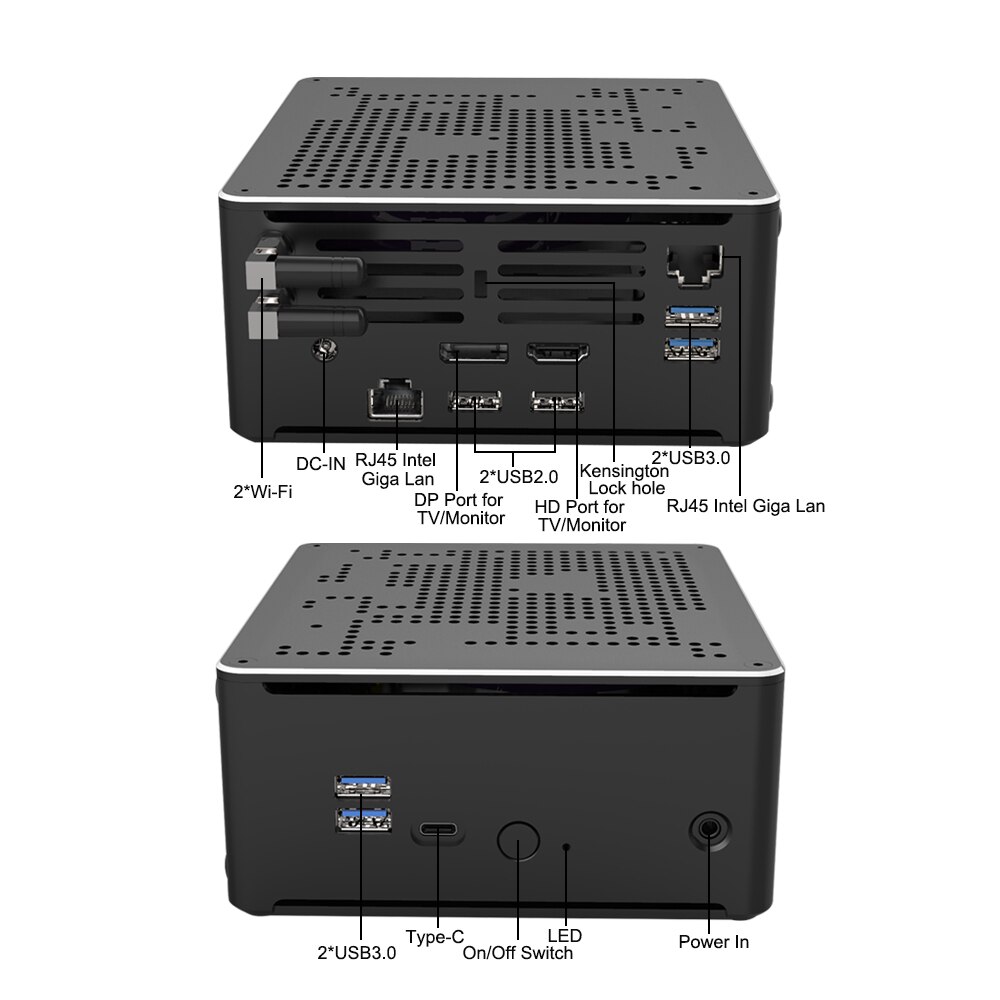 I had two Intenso 521GB M.2s and 1 Samsung 2,5” 960GB SSD still unused on my shelve. To keep my new vSAN cluster as uniform as possible I opted to buy the same disks I already had. This results in the following specs for my new homelab. The Samsung 970 Evo plus as a cache disk and the Samsung SM883 with the Intenso as capacity disks. In a full flash vSAN setup.

What did the total upgrade cost me? Below is a roughly cost calculation in euros.

I deployed VCF Lab Constructor also known as VLC on two nodes as a “performance test”. It took about 5 hours and I had VCF up and running. I later did a redeployment of VLC on three nodes which took 23 hours. That was due the fact that 1 (vSAN) NIC was running on 100Mbit half-duplex (bad cabling). With the 3 node setup I did a performance test with HCI Bench… only to miscalculate the storage required for the test and ending with a half broken lab. The results of the only test completed are: 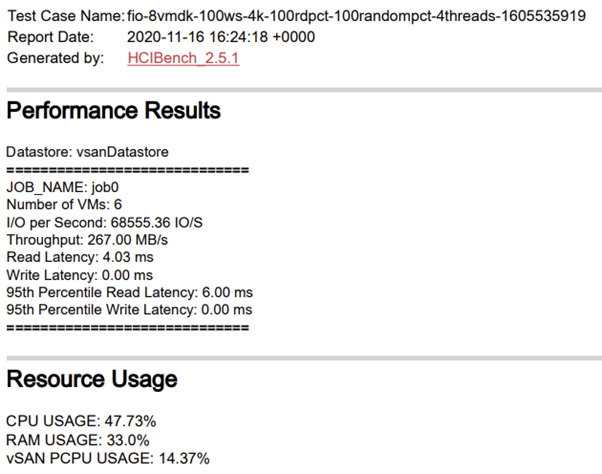 Miscalculation on my part:

What about the power consumption?

The power consumption is around 25 ~ 30 watts per unit with vCenter, vROps, vRLI, vRNI, vRA, vIDM and vRSLCM all running. The highest value seen by the power meter is 61,4 watts. The lowest is 14,8 watts.

What about the noise?

I’ve placed the units in what we here in the Netherlands call “meterkast”. Fuse box room in English (I guess). When most of the VMs run IDLE I hardly hear them. I placed a dB meter 1 meter from the units while VCF and the vRealize Suite was powered on. The dB meter showed a minimum of 38dB, average of 46dB and a max of 53dB. One small note, the Synology is also placed in the same meterkast.

How ever I did notice an issue with one of the units. The cooling profile on all three mini PCs is set to “normal”. But there is 1 unit which speeds up the fan a lot more often then the other units. The same happened when the units are powered off for the night and are powered back on in the morning. During POST the fan off course hits its max RPMS. But for that unit the fan stays at max RPMS about 60 to 80 seconds longer then the others. While all temp sensors are well below max operational temperature.

So far no. I’m very happy with the purchase!

All sunshine and rainbows?

No that’s also not the case. While the units are very cheap. That cheapness has to come from somewhere. For one I don’t expect to ever get a firmware update. Apart from that there are some cosmetical things as well. The Manufacturer and model for example:

Even though the units are sold with 3 years warranty, I wonder how that will look in reality. For one if I have to send the unit back, I will pay double the shipping fee. That can easily go up to 150 ~ 200 euros.

I will keep you posted on my experience with the S210! Not "ITQ-Ready"? Of course not!

After almost 3 years as an ITQ'er, @_Kabir_Ali_ looks back on his experiences with his #ITQdreamjob. Read all about it in his blog post! → https://itq.eu/knowledge/the-itq-dream-job-of-kabir/