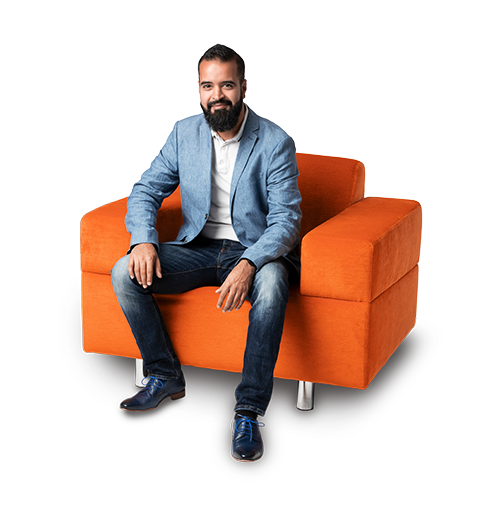 The man behind all these “logfiles”.

Hi my name is Kabir. Ever since my first RC-car I’ve been interested in technology. The urge to understand how things work pushed me towards an engineering study. At different college levels I’ve studied electrical engineering. During my college time I started working as a junior call center employee for the local ISP provider. Having a technical background made the job very easy for me. Due to my seriousness (and perhaps the earlier mentioned urge to understand things) I got promoted to a medior call center employee. My local ISP provider merged with two other ISP providers and became the largest ISP provider of the Netherlands. The merge went quite smooth considering the scale of it. With the merge came an opening for a senior employee. I applied and got the job. Without me knowing I was getting closer and closer to the real IT geeks, the geeks who deployed and managed all the services provided to millions of customers.

In my new role as a senior employee I was right in the middle between the geeks and customers. This also meant that whenever the customer’s satisfaction was not met or whenever things went horribly wrong, I was in the middle troubleshooting (and trust me, sometime things went horribly wrong). All the interaction I had with the geeks made me realize I was just like them… …I’m a geek too! 😊

I applied for a job with the cool guys (see what I did there? :P) and to my surprise I got the job. I became a gee… cool guy! Why was I surprised? Other than Windows I didn’t have much experience. While the cool guys worked with Ubuntu, Redhat, VMware, F5 Load Balancers, NetApp and so on and so forth. I knew I had some catching up to do. In the following five year as a Network Operations – Internet Services employee I learned a lot! It was then when I realized that VMware is my true calling. The flexibility is just unparalleled!

Halfway 2016 I switched jobs and became a VMware administrator for a health care institute. Excitement about a new to build software defined data center was the trigger for me to switch jobs. I knew a better opportunity wouldn’t come by soon. So I jumped all in into VMware. The following three years were a rollercoaster! Redesigning the whole VMware workload infrastructure or upgrading the VDI infrastructure from ESX 5.0 to ESX 6.5 wasn’t easy. But in the end we pulled it off anyways. It was then when I got to know my current employer. And as of September 2019 I work as an IT consultant for ITQ.

Why this (b)log you may wonder?

I had the idea of logging quite some time now. But never gotten really to it to actually start. And as I need to be brought up to speed with my new employer I thought this is the best time to start.

I don’t want to put pressure on myself by saying “you can expect new logs every day!” No that’s not how I want to work. I want to write when I think its valuable. Valuable for me and valuable for you.

Mainly I will be logging about VMware (duh!). It can be anything from new releases to problems (and hopefully fixes) I run into. I will also write from time to time about my ITQ journey. Maybe I’ll even write about how this BMW fanboy ended up driving a Mercedes… maybe…

I think this is enough about me and the idea behind this log.

Thanks for reading! And a big thanks to my colleague’s @ ITQ for helping me with logging.

I write from a personal view. My view in no way represents my previous, current or future employer nor is it my intention to promote or demote a vendor.